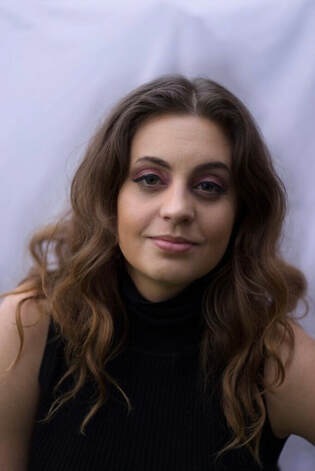 ​Coryn is extremely excited to be teaching voice lessons with Phyllis & Friends! She previously taught at Baton Rouge Music Studios, and is excited to embark on this new journey. Born and raised in St. Amant, Louisiana, Coryn graduated from Northwestern State University with a degree in Theatre (emphasis on Musical Theatre and Directing), and has been performing professionally in bands and as an independent artist since.

Coryn wants to encourage every vocal performer out there to be confident in themselves and their ability to sing as possible, as well as to encourage control and pitch correction and awareness. She loves to watch others grow in their love for music, and to share in the joy of musical theater and its many different performance opportunities! She’s a huge advocate for self educating, vocal health and is passionate about her cause.
​
Coryn teaches IN-PERSON or ONLINE Saturday afternoons.
Work with Coryn In-Person
Work with Coryn Online Emma is incredibly "jazzed" about joining the team at Phyllis & Friends! She graduated from Samford University with a Bachelor's in Music Education and a concentration in Vocal Performance. Emma teaches Elementary Music at Magnolia Woods Elementary School here in Baton Rouge and thrives in the lively, colorful, vibrant controlled chaos of her music classroom! Emma has a history of theatre and choral performance, as well as training and experience in opera performance and directing. She believes there's no feeling in the world like telling a story through song or sharing that special authentic experience with your audience while on stage.

Emma is passionate about building a solid foundation of vocal technique and training to allow singers to fully express themselves and dive into the background of the character they are portraying. She believes that the voice is the most intimate and beautiful instrument in the world because it holds so much of who we are! Emma would love to come alongside you on your vocal journey to discover your authentic voice in order that you may bring your unique story to the world. A native of Baton Rouge, Chelsea is a graduate of the Conservatory at Baldwin Wallace University (recently named  #1 in the 2018-2019 OnStage rankings for Best MT Program in the Country)  with a Bachelor of Music (B.M.) – Music Theatre. Her studies included classical and Musical Theater vocal techniques, music theory/sight singing, acting for stage and screen, and a range of dance disciplines.

Chelsea was in the original cast of the First National Broadway Tour of Nice Work if You Can Get It, directed by Kathleen Marshall and David Eggers. She has also performed in numerous Off-Broadway and Fringe festival shows and has been seen in leading roles at regional theatres across the country. Locally, she has performed at Theatre Baton Rouge, Tulane Summer Lyric, Rivertown, and Ascension Community Theatre.

Chelsea spent 6+ years in the proverbial “trenches” of New York City, training, auditioning, attending endless callbacks, and working as a professional actor. She knows the business firsthand, and is well versed in the necessary skills and preparation for success —  from local community theatre to college auditions to Broadway, and everything in between. She has trained with a variety of industry professionals, such as Joan Lader (vocal coaching), Tom Burke (voice), Sherri Sanders (Pop/Rock/Rep) and Matthew Corozine (Meisner), and has auditioned for dozens of casting directors and legendary Broadway artistic teams.

Her most recent local credits include: “The Narrator” in Joseph and the Amazing Technicolor Dreamcoat, and “Sister Robert Anne” in Nunsense at Rivertown Theaters, and “Yvette” in CLUE at Theatre Baton Rouge.

Come study with Chelsea to… Get ready for your next audition or callback, expand your rep book with choices tailored to your voice, prepare for college auditions, dig deeper into the acting of your song in an authentic way, and/or conquer your vocal challenges! 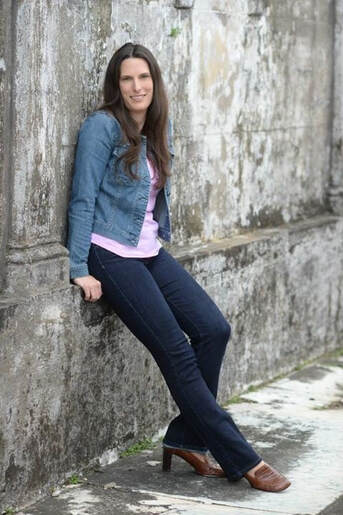 ​​Phyllis Horridge (Studio Owner)
Phyllis was named a 2022 Emerging Leader by the National Association of Teachers of Singing (NATS).  She holds a Masters Degree in Music from George Mason University, and a Bachelors Degree in Music, with a minor in theatre, from Lynchburg College in Virginia.

Phyllis has performed and toured extensively all over the country, was selected to sing with the Washington National Opera at the age of 14, and performed Off-Broadway at the Drama Desk Award Winning York Theatre Company in New York City.

Phyllis has studied pedagogy with many pioneers of Contemporary Commercial Music including Jeanie LoVetri and Edrie Means Weekly.  She is certified in Somatic Voicework (sm), participated in the Summer Vocology Institute at The National Center for Voice and Speech with Dr. Ingo Titze, and trained in Estill Voice with Tom Burke.

Phyllis has been actively involved in the National Association of Teachers of Singing, National Association for Music Education (NAfME), and Actors Equity Association.  She maintains membership in the Screen Actors Guild/American Federation of Television & Radio Artists (SAG-AFTRA), where she has worked on films including Ted, American Hustle, and Grown Ups 2; was regularly seen on ABC's hit drama Body of Proof; and appeared in national commercials for Titleist and Popeyes.

Phyllis is an award winning choir director and served as adjudicator for events including the NATS National Student Auditions Preliminary, Alaska Music Theatre Festival, Virginia Theatre Association One-Act Play Festival, and the Louisiana State 4-H Talent Competition. She has held Master Classes all over the country and abroad, and presented to the Speakeasy Cooperative for Independent Voice Teachers, in addition to the NATS 2022 National Conference.
​
Locally, Phyllis has been a part of Theatre Baton Rouge, Tulane Summer Lyric, The Manship Theatre, New Venture Theatre, Red Magnolia Theatre Company, and Ascension Community Theatre.  She also enjoys social media, with over 100K followers on TikTok alone! @phyllis.sings 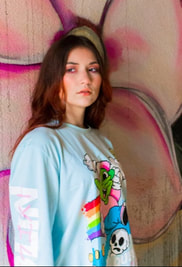 Joliet is extremely excited to be working with Phyllis & Friends. Joliet is currently a Vocal Music Education Major at Southeastern Louisiana University. She has experience teaching children and adults of all ages. She started singing pop music at a very young age, however fell in love with music of all different genres with time. She is able to sing in not only Japanese, but Italian, German, French, and Latin.

Joliet has her own YouTube channel in which she has collaborated with other musicians from around the world. Her music is also available on Spotify and Apple Music. She has worked as a vocalist at many different churches and has placed in many different vocal competitions. She enjoys a variety of hobbies besides singing in her downtime.

Joliet thoroughly enjoys teaching. She believes that this is where her passion lies. When she witnesses the lightbulb turn on for a student, it is a magical moment. Joliet believes that anyone is able to learn to sing, no matter what the circumstances may be.